Congratulations to the members of the Development Squad who represented SKF Scotland at the European Wado-Kai Cup in Hungary. The results were:

It is with great sadness that the SKF learned today of the passing of Sensei Shingo Ohgami 8th Dan.

Born in Japan in 1941 where he trained with the founder of Wado Ryu Karate Sensie Hironori Ohtsuka .

In 1969 he went to Sweden as a guest researcher in Chemistry but gave this up to open his own dojo, The Samurai Dojo in Gothenburg.

He was a true friend and mentor to the SKF and he relished coming over to Scotland to teach and had a great relationship with our senior instructors.

Many members of the SKF had the honour of training with him on his visits to Scotland and his showcase demonstrations at the 1996 European Wado-Kai Championships in Edinburgh lives on in many of our memories.

I had the privilege to train with him at his dojo and to visit him at his home, occasionally indulging in glass of Bushmill his favourite tipple.

I was never disappointed with these visits as his depth of knowledge in the martial arts and its history was truly astounding.

He spoke several languages and travelled extensively all over the world teaching and mentoring many instructors in the process.

To sum up, he was a truly remarkable man and will be sadly missed as a teacher and as a friend .

He leaves a huge gap that will be very hard to fill. A true Samurai.

You will be missed Sensei.

Our thoughts are with his family and Friends at this sad time.

Tickets on sale £40 for the annual SKF Black Tie Dance. 7pm – 1am on Saturday 9th November 2019 at the Hilcroft Hotel.

The SKF championships due to take place on Sunday 6th October 2019 has been cancelled due to unforeseen circumstances.

Entry Forms for the Meadowbank Karate Group Junior/Cadet Championships to be held in Linlithgow Academy on Sunday 22nd September 2019 are available to download from the SKF website:

There will kata squad training sessions for those who have been selected for the European Wados.

We will be there each Friday for the remainder of the holidays.

Please note the free SKF Kumite Course scheduled for Easter Sunday has been cancelled but will be rescheduled soon. 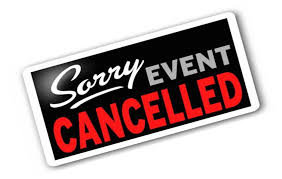